On May 21, 2021, the Ontario government released its new “Roadmap to Reopen” Ontario framework as a replacement for the colour-coded regional approach previously.  We are still awaiting many of the details from both the province and the Ministry, and will keep you updated as soon as they become available.  The Premier has indicated that the current plan is to enter Step 1 on or after June 14, 2021, although Minister Elliot has hinted that it may be earlier.

At a glance, the new framework is as follows: 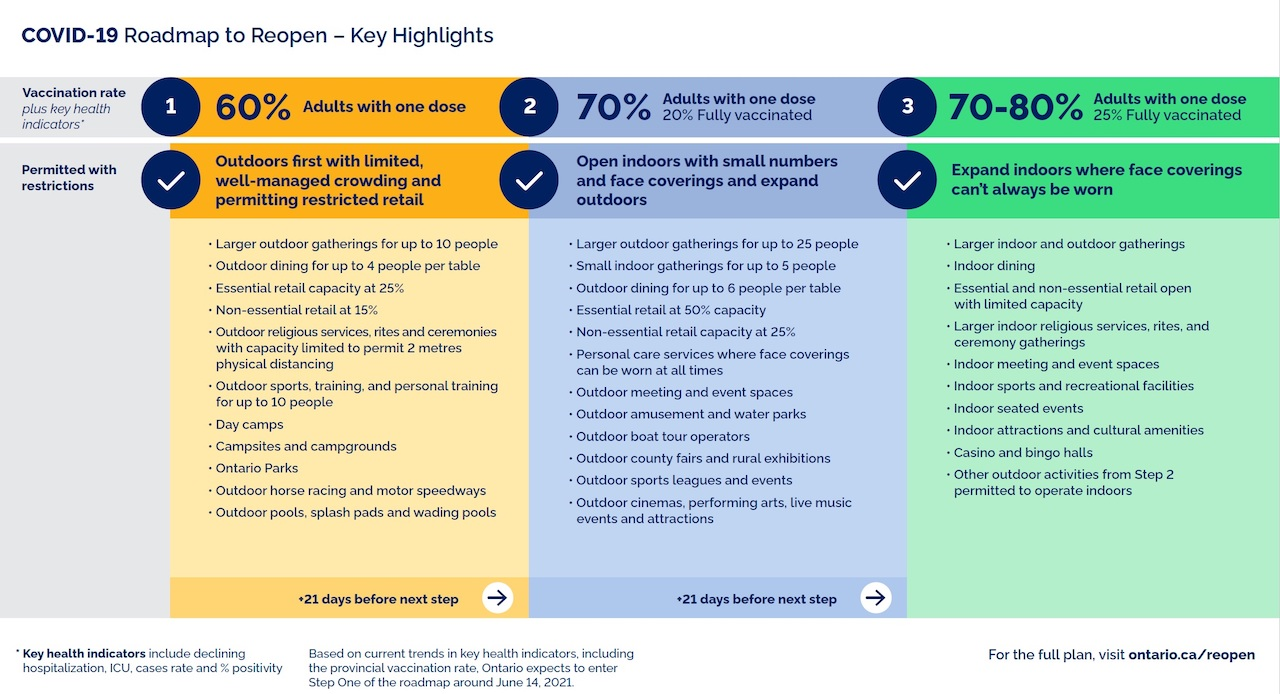 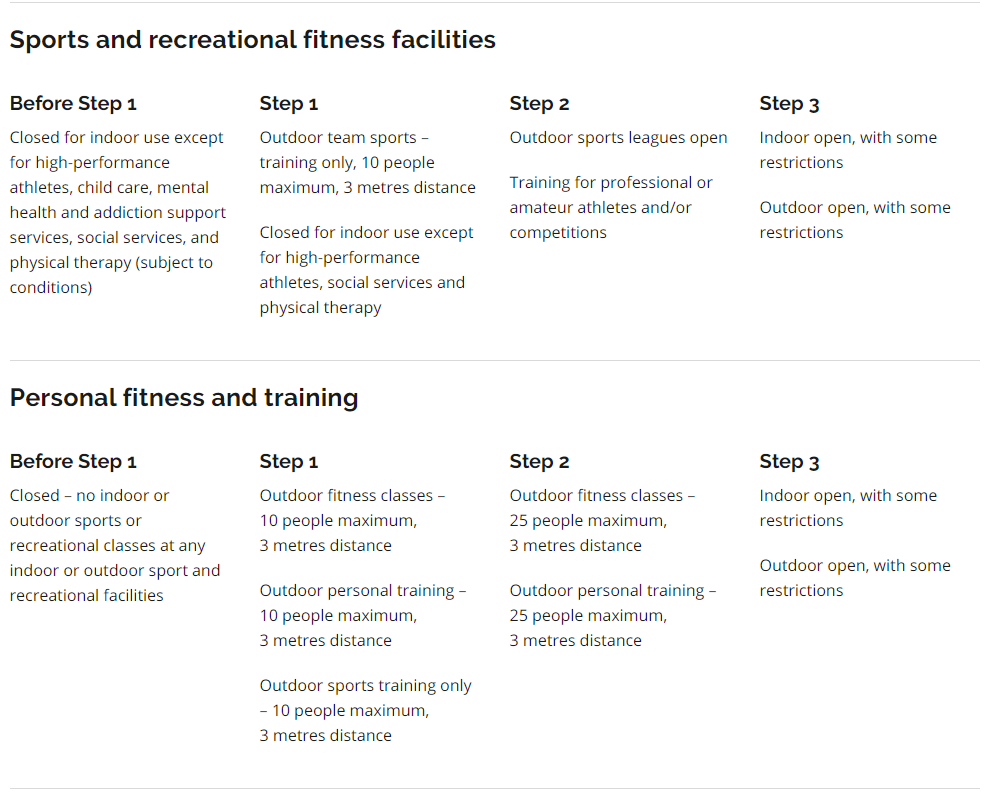 The Medical and Health Committee (MHC) is drafting a revised version of the Return to Play protocol to align with the new roadmap, as well as to update the protocol in light of the increased vaccination status of Ontarians.  Additionally, the MHC, in conjunction with the Competitions Committee and Officials Committee, are finalizing a Return to Competition protocol as we look forward to the new season.  Note that, under the new roadmap, indoor meeting and event spaces are closed until Step 3.